This is post #03 in a running series about plotting in R.

Say we have data as such: 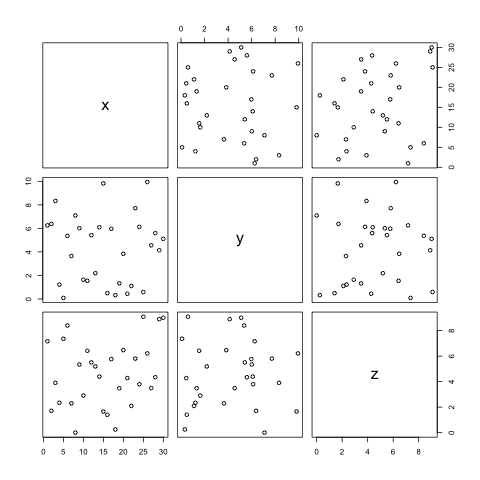 This is an example of a pairs plot, which I’ll cover in more detail in the future.